I love all things gothic, the old worlds, Vikings and medieval times. And I have come quite accustomed to watching Netflix and the abundance of series’, who knew that would happen, I normally hate tv, especially normal channels with the damn adverts that repeat continuously does my head in! But Netflix is ‘it’, I think I’ve watched majority of the Marvel series – I loooove the fighting, a decent Kung Fu series/movies like IP Man, and I’ve just recently finished watching all of The Last Kingdom which I loved!

Anyway enough of the review haha, I have this awesome project saved of a Gothic cardigan and thought I would jump in and give it a go. It has a pattern that runs down the middle and is joined with cloak clasps which is one of the reasons I want to make it, but I’ve yet to source these clasps. It also has a large gothic hood, its fabulous!

Its a crochet pattern of course, I don’t know how to knit and you would have seen by now if you follow my work that I am addicted to crochet – I mean how can you not be!!

So I bought the pattern (ravelry.com), looked at my stash to see what I could use to get started. The pattern calls for Scheepjes yarn but I don’t have any on hand and I am too impatient to wait for stock to arrive in the post. I did however have 4 balls of starlight 8ply, it has a sparkle throughout, I’ve used this yarn many times now and I know its easy to get and inexpensive too. So with the decision made, I’ve jumped in.

Starting with the back and working my way up to the sleeves. This project is made mostly in one and it looks fairly easy. Lets hope I can do this and stay on track, although it will take me a while. 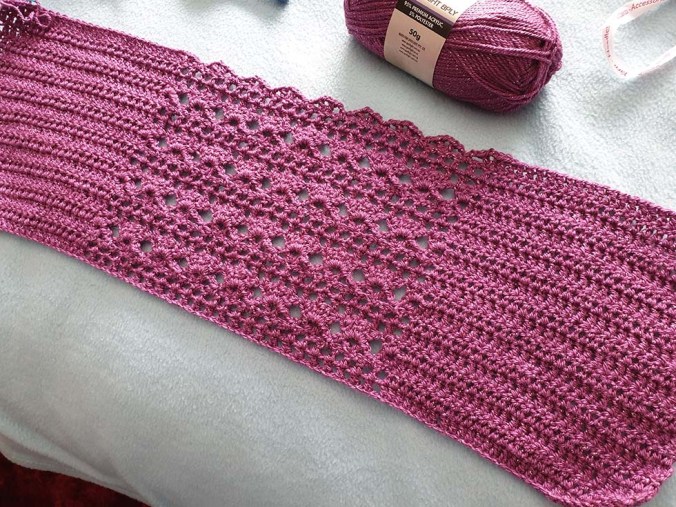 I’ve taken a photo every time I finish a ball, not sure what the colour is called but its a purply pink, can you see the sparkle in the photo? The pattern is by Annelies Baes, I am using a 4.5mm hook. 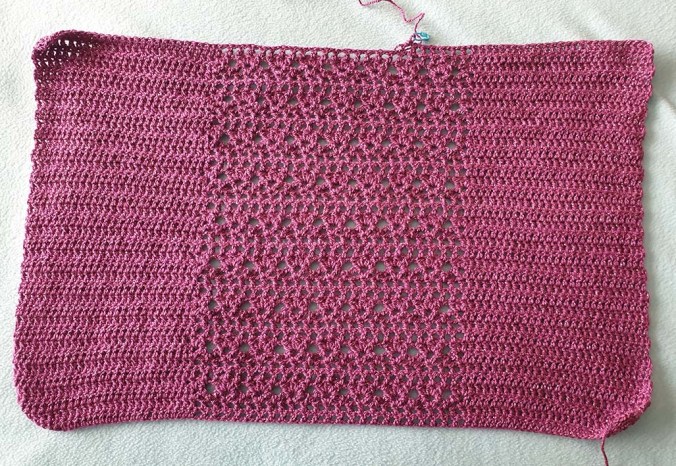 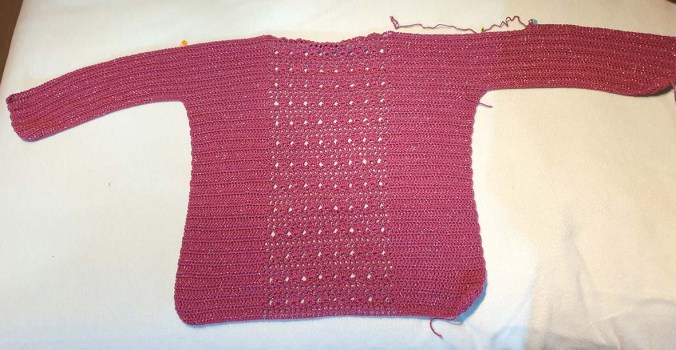 And here we are at 5 balls down (50g balls). The sleeves are a bit short currently but the pattern in the middle will be added to the sleeve ends later. It has taken me several weeks to get to this stage, continuing on and progressing well so far, lets keep it going …… 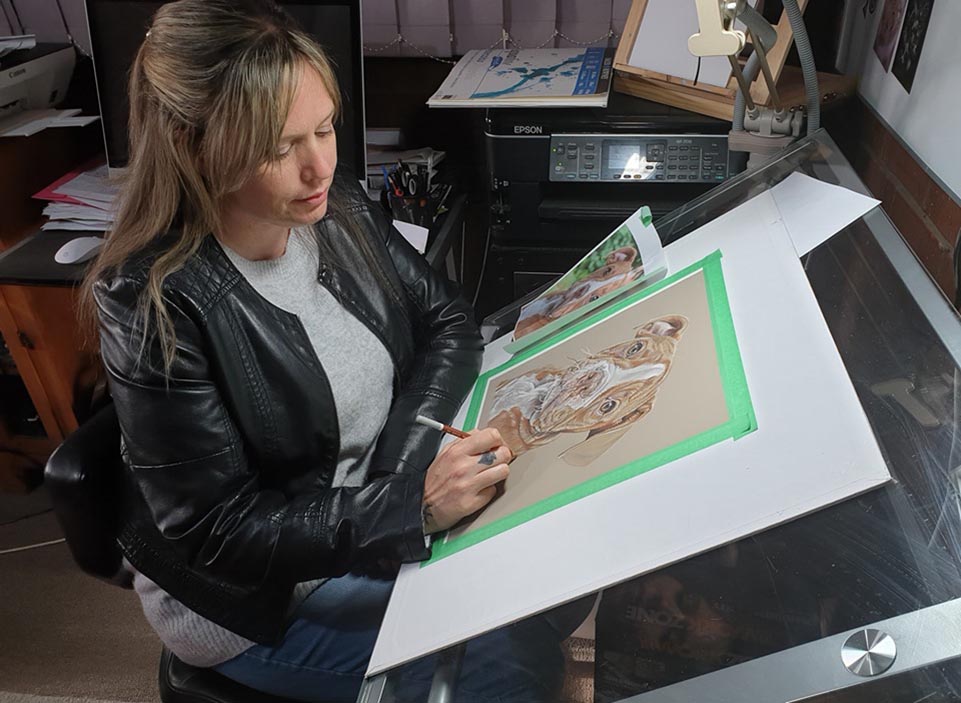 Painting in my Studio